What is Galentine’s Day?

Oh, it’s only the best day of the year. Every February 13th, Leslie Knope and her lady friends leave their partners at home and just kick it breakfast style.

Inspired by Leslie Knope (from the television show Parks and Recreation) SPUR held a screening event to celebrate Galentines 2016 with a special screening of films that explore girl culture, accompanied by FREE Galentines themed snacks and newly commissioned artwork.

Shot in 1996 and edited in 2000, this is a short documentary about a group of 13-year-old riot grrrls in Los Angeles who were socially ostracized at their school by their peers. Everyone in the school held strong opinions about these so-called “dirty girls,” and meanwhile the “dirty girls” themselves aimed to express their point of view by distributing their zine across campus.

This short narrative chronicles a week in the lives of three teenage girls, from different social circles, who form a bond in the week leading up to the school dance. Countdown to prom night is actually countdown to irreversible change for each girl. Two of the girls are falling in love with each other against all expectations and the third girl is forced to mother her own mother in the wake of her father’s disappearance. Each girl seeks comfort within the walls of her bedroom where the music blasting from the turntable provides a magical synchronicity between them all. The title refers to the secrets that girls and women keep just below their surface.

For Galentines 2016 we invited artist Georgie Downham to produce a series of newly commissioned artworks to give as gifts as part of the event in the spirit of celebration. The artworks take the form of a large pin badge and a limited edition colour print, both celebrating the notion of girlhood, girl gangs and girls together.

At The Brunswick, North Street, Leeds 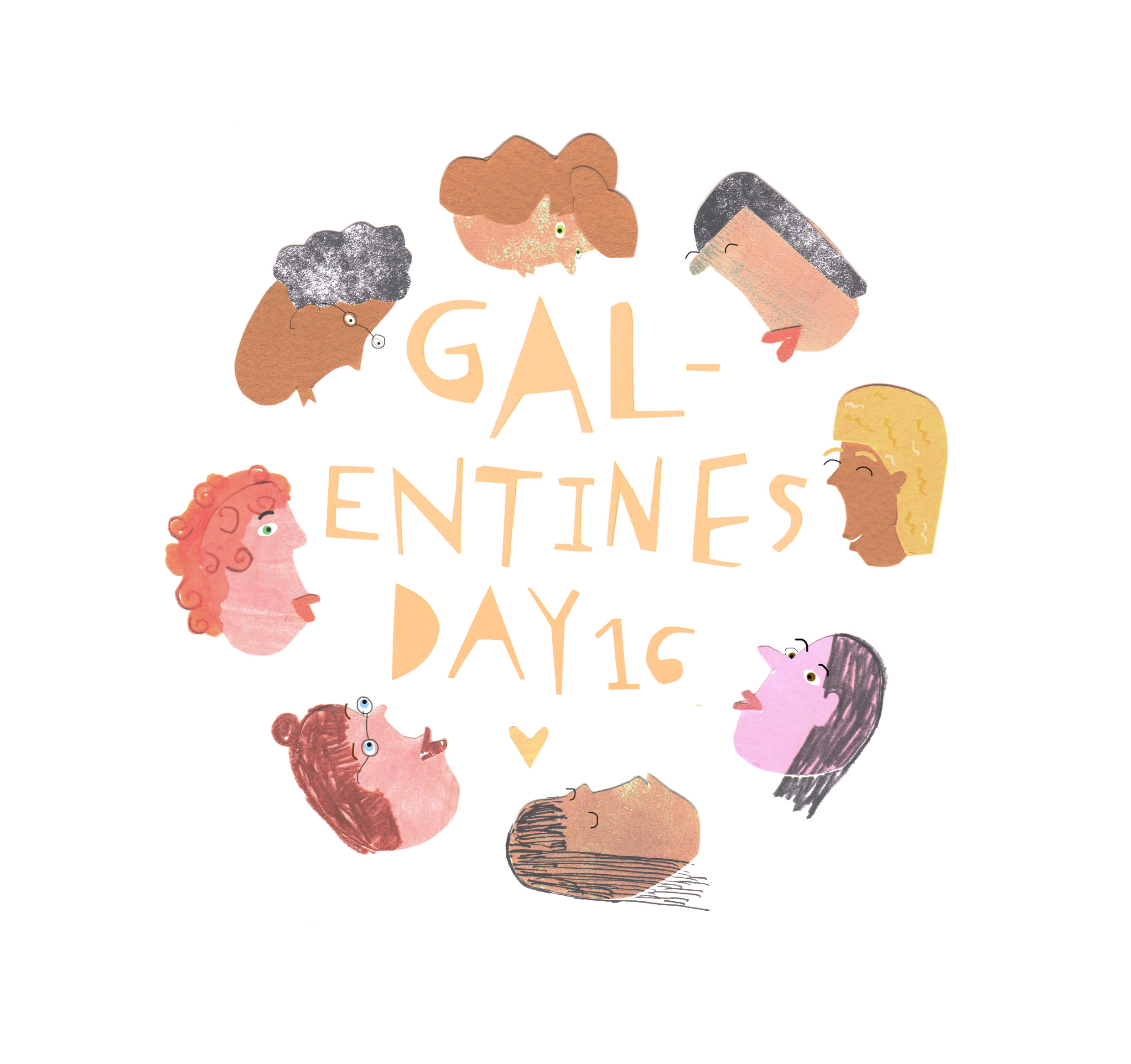