SPUR undertook a residency project with Tate, as part of the wider Radio City project, organised by artists Harold Offeh and Marion Harrison, held at Tate Britain between November 2014 and February 2015, which invited artists and artist groups to contribute a project/residency, which looked at broadcasting and communication.

SPUR’s residency took place on Saturday 24th & Sunday 25th January and considered the use of staff radio channels as an internal form of broadcasting and communications while looking at the use of radio communication in a wider cultural and workplace context, for example trucking radio language and the shipping forecast.

Within the gallery space we constructed a text based installation of vinyl printed banners on support structures which displayed the short text commissions/contributions considering the subjects of broadcasting, communication and language, and throughout the weekend of the residency we read out these texts through the staff radio channels which were broadcast throughout the entire Tate Britain gallery spaces.

The broadcasts we made over the weekend were all recorded, these have been edited and compiled and the resulting edit is available to listen to on our Bandcamp. Each residency edit was also broadcast as part of a series on Resonance FM, SPUR’s edit was on air on February 4 2015 and is archived on Mixcloud. 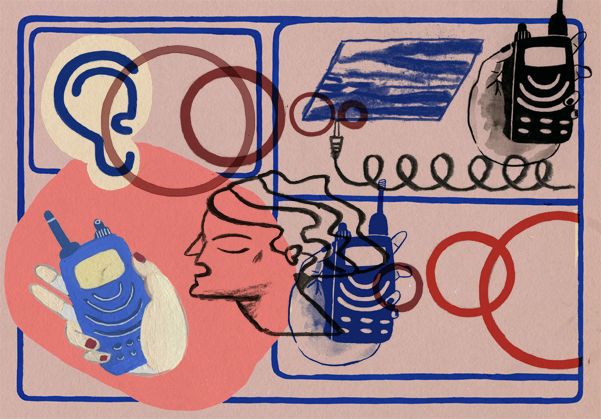