viola. harmonium. on Ilkley Moor
Austrian composer and organist Klaus Lang and violist Barbara Konrad perform a new work by Leeds-based composer Oliver Thurley alongside Lang’s viola. harmonium for viola d’amore and harmonium on Ilkley Moor in Yorkshire.
This film documented a research project by Oliver Thurley supported by the Centre for Practice-led Research in the Arts (University of Leeds) and co-produced by SPUR.

Lang is interested in the possibilities of sound in different landscape and spaces. In his work music is seen as a free and self standing acoustical object. In this way he is not using sound but sound is explored and given the opportunity to unfold its inherent richness. Only when sound is just sound it is perceivable as that which it really is: a temporal phenomenon – audible time. Lang sees time as the genuine material of a composer and at the same time also the fundamental content of music. In his view musical material is time perceived through sound, the object of music is the experience of time through listening. In other words, for Lang, music is time made audible.

Klaus Lang and Barbara Konrad’s performance in Ilkley Moor, 26 November 2015 as part of the About Time programme, was filmed as part of a research project in association with the University of Leeds and the resulting film was installed on the Landing Site January – March 2016. 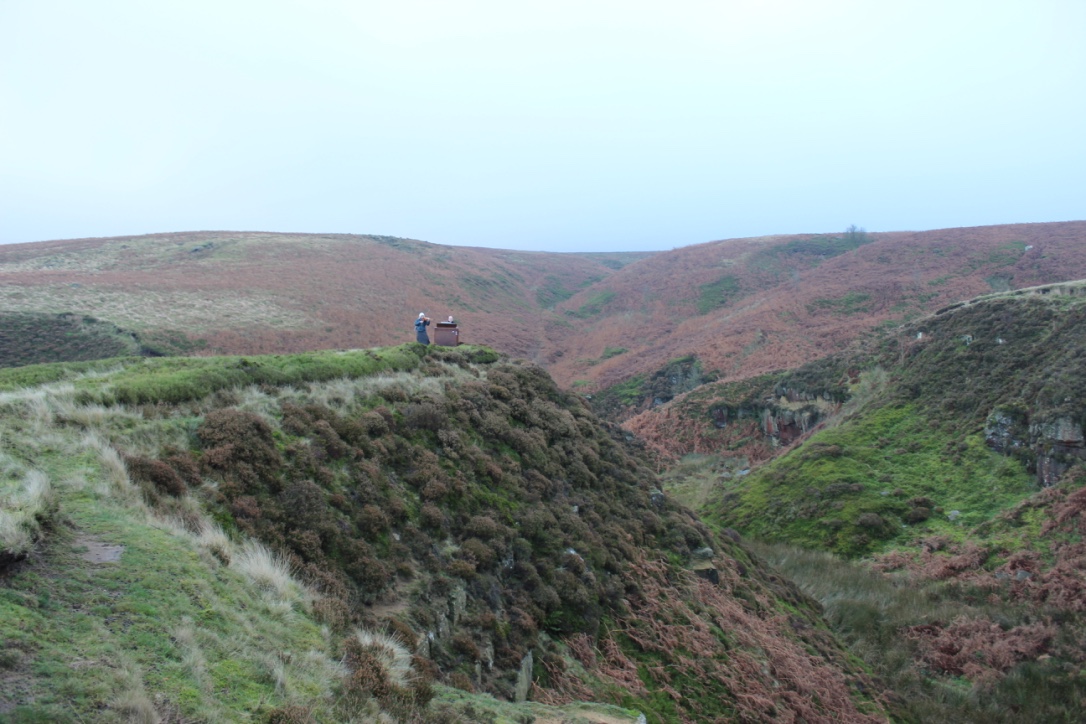